I can now confirm that Un Chien Andalou will be included in 1080p and will have a choice of three soundtracks:

1. The "original" tango-plus-Wagner soundtrack that Buñuel assembled in 1960 based on what he played during the premiere;
2. A brand new score by Mordant Music;
3. Commentary by Robert Short (from the BFI DVD, but with better synchronisation).

After initially being under the impression that they would only be able to use their existing SD video master, they were able to gain access to a dupe 35mm negative of the 1960 restoration (which Buñuel personally supervised and "scored").

Hea uudis: Pink Floyd'i Wish You Were Here ja The Dark Side of the Moon ilmuvad Blu-rayl.

Universal City, May 24, 2011 – Bowling, nihilists, a stolen rug and the occasional acid flashback have never been funnier when one of the most popular cult classics in history, The Big Lebowski Limited Edition, debuts on Blu-ray™ August 16, 2011 from Universal Studios Home Entertainment. From the Oscar®-winning Coen Brothers
(True Grit, Fargo) and starring Academy Award® winner Jeff Bridges (True Grit, Crazy Heart), this acclaimed comedy has been newly remastered in high definition to provide longtime fans and first-time viewers alike with the ultimate Lebowski experience.

Available for a limited time with an all-new 28-page companion book featuring an exclusive interview with
Jeff Dowd – the real-life inspiration for The Dude – Jeff Bridges’ personal, on-set photography, a film timeline, trivia and much more, The Big Lebowski Limited Edition Blu-ray™ is a must-own addition to any collection. In addition to all-new features exclusive to the Blu-ray™ release, The Big Lebowski Limited Edition Blu-ray™ also offers a digital copy of the film that can be viewed anywhere at any time on the consumers’ choice of devices including laptops, tablets, smartphones as well as Internet-connected TVs and set-top boxes.

“Since its creation by Ethan and Joel Coen in 1998, The Big Lebowski has transformed from a fan favorite into one of Hollywood’s most celebrated cultural phenomenons,” said Craig Kornblau, President of Universal Studios Home Entertainment. “This spectacular new Limited Edition Blu-ray™ combines the most extensive behind-the-scenes materials to date with the latest Blu-ray™ technology, giving devoted fans and newcomers alike a chance to experience the brilliant all-star cast, outrageous storyline and unforgettable quotes like never before.”

Its now iconic characters and instantly recognizable dialogue have made The Big Lebowski “the number-one cult film of all time,” according to The Boston Globe. Since its release, the Coen Brothers’ affectionately addled riff on film noir has snowballed in popularity, becoming “an undeniable pop-cult force” and even, for many, “a way of life,” in the words of the Los Angeles Times. “A masterpiece of anti-storytelling” according to Entertainment Weekly, The Big Lebowski has become a cultural touchstone for fans around the world.

We're discussing it, but nothing concrete yet. Luckily we have HD masters for quite a few of our titles.


I might as well tell the world that we are just completing production on a new edition of that old warhorse, POTO, for release through Image Entertainment in early October.

This will be Blu-Ray, mastered at Movietone aperture from much better 35mm material than we have ever used before. There will be two complete runs of the 1929 version: one at 24 fps with a new score by the Alloy Orchestra and an optional score on theatre pipe organ by Gaylord Carter, previously issued in monaural but now in stereo from the original master stereo recording; the second run at 20 fps with orchestra/soprano score by Gabriel Thibadeau and an optional new audio essay by Jon Mirsalis. Both runs will include the Technicolor sequence mastered from our 35mm YCM labs negative and hand colored scenes on the opera roof and in the scene of "intolerable heat." The program will also include a standard definition transfer of the original 1925 edit from a tinted 16mm print in the usual deplorable quality but with a superb new score by Frederick Hodges. Extras will include (as still images) set construction and production stills, publicity stills, original advertising art, frames from a stencil-colored French release, and the complete script. 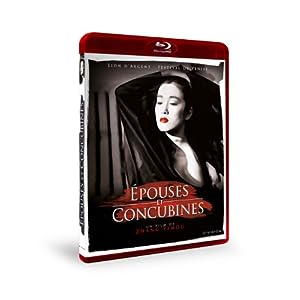 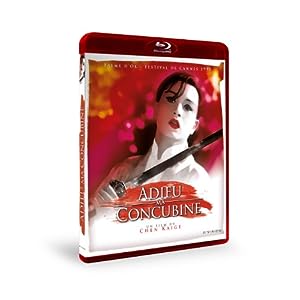